Absolute Recoil is a phrase Hegel once used to talk about concepts that contain causes which act against themselves, to describe totalities that have swallowed all possible external reference points through which one could relativise their positions. Don't turn off at the hall-of-mirrors language though; the title of Slavoj Zizek's book (Verso Books, 2014) is (thankfully) merely a motif rather than an anchor, and it allows Zizek to range far and wide in this idiosyncratic and omnivorous quest to join all of knowledge's dots.

A first-rate intellectual scout, Zizek makes easy work of the news. Of particular interest is his summary of the Muslim extremist mindset which he paints as a war of bad faith against the West that only occurs after the fundamentalist has internalised occidental standards. But these clashes are side shows to the self­ destructive modes of production the West has conditioned itself to believe in.

This takes us to familiar Zizek territory where the "violence" of capitalism is perpetrated through how it orders (or disorders) potentially just realities; how it alienates Man from a world he could be reconciled to; how it castrates socialism, reducing it to the pretence that the welfare state model is the "non plus ultra of history"; how it flattens us to our natural state, one of "inert hedonism"; how its powers are sustained by the non-use of total force; and how it reduces the average human to a state of acedia (listlessness) by forcing a state of constant engagement.

Zizek is keen to emphasise that the mission creep of capitalism is everywhere. Political correctness, to use one example, could only be possible in the acultural environment capitalism encourages. The norms involving the politeness the PC standpoint replaces had allowed insincerity to morph into deeper approaches, but political correctness demands earnestness and so forms a direct invasion of the mind.

These invasions on the person prompt Zizek to look at what the individual is composed of. Although these Considerations result in the usual digestion of Lacan and his indecipherable pals pondering where the Political correctness could only be
possible in the acultural environment
capitalism encourages "void" meets "self-alienation", or where the "pre­subjective Real" exists in the "subject", Zizek also embraces the Teutons (Schelling & Kierkegaard for instance) who seriously grappled with the values that faith used to house.

These Christian asides are often more enlightening than the Birtspeak they emerge from. Zizek's musing that "boredom creates the conditions for its own overcoming... boredom is the nihilo out of which we create", is especially interesting because he then wonders whether the process of creation is evil (Gnosticism) or the absence of creation is evil (Orthodoxy).

At the heart of these codas sits Zizek's belief that an unacknowledged madness lies at the heart of cogito. He believes the Greeks lost their moral compass precisely because they believed in the "spontaneous and basic uprightness of the human being, and thus neglected the "bias" towards Evil at the very core of humanity". As he gravitates towards Christian truths, unusual references emerge, Galatians here, Saint Augustine there. 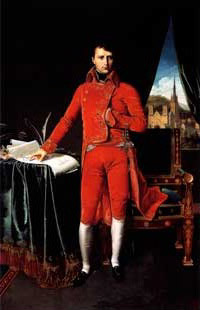 The Christian thinker most heavily leant on is another lover of paradox, G. K. Chesterton. Zizek uses him as a dam, shoring up immemorial truths against a society intent on dissolution; reminding civilisation that it is the great experiment, the great hope, a light against a pitiless and eternal darkness:

"It is the agent of social justice who is the original and poetic figure, while the burglars are merely placid old cosmic conservatives... Morality is the most dark and daring of conspiracies".

On each of the important subjects, whether freedom, sexuality or love, it is Chesterton that Zizek reaches Zizek Uses Chesterton as a dam,
shoring up immemorial truths against
a society intent on dissolution for. Christianity, he seems to believe, deals with these themes far more honestly than contemporary discourse. So 'the Fall', is an 'explosion of freedom'; copulation 'cannot stand on its own' and marriage, 'far from being the natural foundation of human lives... is the very terrain on which humans detach themselves from nature', allowing couples to break from society and explore their spiritual potential together; and love is what we are all reduced to seeking because it is indistinguishable from being.

"Every subject is... forever in anxiety as to what will happen if others stop believing in them... we are dealing here with belief, not knowledge. And here love enters: the most radical moment of love is not the belief of others which sustains the subject in its existence, but the subject's own counter-gesture, the terrifyingly daring act of fully accepting that its very existence depends on others..."

This rather Paulician turn from one of the world's most famous Socialists, is radical in the true sense because it seeks to empower mankind, enabling us to understand why the status quo cannot and must not stand, by returning us too our roots: who we are (love) and what it needs to function (freedom). And so it turns out these are two of the most subversive values there are, which is perhaps why they are also two of the most debased.