Examples of writer’s constipation don’t come much more severe than that of Geoffrey Hill. Armed with a first from Oxford in English Literature in the 1950s, he has been doing time in cloisters ever since. Libraries may have temporarily dulled his sense of mortality, because after his first books:
Unfallen (1959), King Log (1969), the profoundly English Mercian Hymns (1971), and the devotional poetry of Tenebrae (1978) almost twenty years elapsed before Canaan in 1996. But then came what some have uncharitably called verbal diarrhoea—10 volumes of friction-packed verse. The reason is quite pedestrian: Hill admits that “In the past I would wait twenty years for a line. Now I don’t have that option.”

Loam, screed, bleb, burgh, marl, yew, tamp, thrum, buff, leasowe, frond and creel are onomatopoeic words with German roots not often heard today. Many would write them off as pretentious or redundant. Geoffrey Hill clearly disagrees, since each of these make an appearance in the corpus Broken Hierarchies 1952-2002 (Oxford University Press, 2013):

The language [many] think of as democratic anti-elitist is really the scraps of the English language that have dropped from the feasting tables of the oligarchs.

Hill is adamant that calls for a reduction in difficulty contain political overtones. Tyranny requires simplification. A language that is truncated makes for a similar life. For some this may come close to an Orwellian platitude but for most it is interesting to see the idea play itself out.

The title of the book should be longer, only referencing Broken Hierarchies makes Hill sound like an unreconstructed blimp, when in reality his poems (XXXV and LIV of Liber) point to something more nuanced: hierarchy, which is good (perhaps meaning that he believes logos exists and should be pursued) is opposed to hegemony (the exercise of power upon discourses of truth), which is bad.

Hill is not afraid to attack those who mask the language of hegemony—the pressure to dumb down for political rather than intellectual reasons—in the children’s puppet-glove:

Pretending to teach someone to write is a form of charlatanism. If you’re giving confidence in writing about what [someone] knows... it’s nothing to do with poetry... you’re providing a kind of therapy.

For Hill real therapy is the pursuit of truth—the sort that pushes, challenges and confronts. The sheer number of obscure references that litter Hill’s poems often have critics referring to him as “dense”, “glossorial” and “full of baroque allusions” His work is not, however, heavy and sententious. Some of his best poems are where the heaviness and lightness of being collide, Kundera-style. Here is a good example:

The tendency to plonk such intense emotions in a tight, restrained, strait-jacket of form makes for thrilling reading. It’s like watching a Puritan fight his way out of a ruff.

Not that the poet lets it all descend into the Geoffrey Hill show. In his early poems especially, Hill is clearly an adherent of T. S. Eliot’s dictum that poetry should not be the expression of personality but its escape.

Rather than abolish his personality, however, he stretches it across the span of history. Poem 55 in Ludo, refers to a “scribe of epochs”, which would be a great title for Hill. At the heart of his poems sits a philosophy that

Time and light move simultaneously
in either direction such is my view.

His ability to skip, slide and empathise with almost all periods of the past had Tom Paulin, in the London Review of Books poo-poo the poet as a fan of “kitsch feudalism” but Hill’s medieval scenes are well sketched. Here is ‘The White Ship’, a poem on the tragedy of 1120 when William Adelin, the only legitimate son of Henry I died on a drunken boat in a storm:

Where the living at hazard go,
And with expense, the drowned wander their while; are spun
In harp-surges, St-Lo;
Submerge to reappear.
It does not much matter
How artless grief is. Water
Silences cries that distrained the ear;
Witholds, still, what it might give
As casually as it took away:
Creatures passed through the wet sieve
Without enrichment or decay.
(The White Ship, For the Unfallen)

It is easy to see why this unusual combination of the cerebral and lyrical has many confused though. And Hill’s treatment of religion is no easier to fathom. Caleb Caldwell in Make Literary Magazine describes him as “God-bothered” and it is true that Hill comes close to outright Christianity in Tenebrae (darkness). He refers to the “God-ejected Word” negatively and informs us Dante probably reckoned “Everything that is not God is tourism”. But ultimately, he holds back, in ‘To William Cobbett’ (Canaan), he tells us

It is not faithless
to stand without faith, keeping open
vigil at the site

Christianity is the vernacular he uses to frame the serious questions that are posed by a would-be post- Christian world. At the core of his poems is an indestructible hope against all odds. He may sometimes become insouciant:

If the Word is not with us, what is our
present legal position?

And enjoys playing both prosecution and defence. But it is the anchor of faith, a belief in grace minus theology so to speak, that allows the poet to abseil down cliffs of pessimism to look hard truths in the eye. Intense emotions in a tight,
restrained, strait-jacket of form makes
for thrilling readingThese truths range from politics (this is your enemies’ country which they took / in the small hours an age before you woke) to the protection of self in a corrosive world ([Alanbrooke’s war diary] a work done / to gain, or regain possession of himself, / as a means of survival), to historical amnesia (the unfairness and waste of / survival; a nation with so / many memorials but no memory) and of course, love (Both of us here conjoined in epitaph awaiting stone). 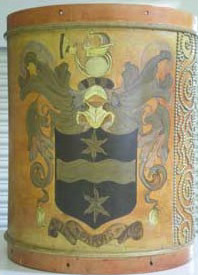 There is an overwhelming sense of original sin in Hill’s work too. The impression that velocity-bestowing knowledge comes with an even greater weight bestows a Faustian heaviness on his verse that is incredibly poignant. This pressure, which builds throughout the book, is best described by Hill’s wife, Alice Goodman, an Anglican rector, who notes her husband is “communicant but resentful.”

This sense of being upended by history is a trait he shares with the country he hails from: England. Some of the poems in Unfallen (‘Requiem for the Plantagenet Kings’, ‘Drake’s Drum’ and ‘The White Ship’ in particular) are the most complex yet lyrical renderings of folk-history ever to have been written but it is Mercian Hymns, with its talk of “primeval heathland spattered with the bones of mice / and birds...” and “trudging out of the dark, scraping their boots / free from lime-splodges and phlegm. / They munched cold bacon...” It is a place where “a solitary axe-blow” is the “echo/ of a lost sound”. It is soul food that has the usually caustic William Logan write:

Hill has the pulse of the English inside him, knowing like a lawyer all its loopholes and vagrancies.

The tense ambivalence in Hill pits lesser, comfortable truths against immense tectonic blanks. This means on one level, beauty still thrives “on squatters’ rights”, language “destroys ideas but not character” and “something of value is derived” from our lives “regardless of our botched loves, uncalled-for, unconvinced for” but on a deeper level, our inheritance is little more than a heap of broken images, our narrative is doomed to be its lack.

Whose passion was to find out
God in this His natural filth, voyeur of sacrifice, a slow
Bloody unearthing of the God-in-us.
But with what blood, and to what end, Shiloh?
(Shiloh Church, 1862: Twenty three thousand, King Log)

A very postmodern theme for the poet the postmoderns love to hate.