DISCONTENT AND ITS CIVILIZATIONS

Reversing the heading of Freud’s famous book, the tide, Discontent and its Civilizations (Hamish Hamilton, 27 November 2014) is perhaps the cleverest thing about this volume. And it was, in all likelihood, grafted to this collection of essays by a gifted publicist, not the author, Mohsin Hamid, whose glib articles here sadly feel their age.

In fact it is a disappointing book on so many levels that it is hard to escape the conclusion that these thoughts have only seen the light of day because of the author’s success as a fiction writer (Moth Smoke and The Reluctant Fundamentalist are his most famous) or because his publisher wants to acquire social capital by providing a platform for an under-represented demographic in the business: a liberal Muslim one.

The compilation is at its tautest, meatiest and most honest in the nine page introduction. This outlines a weltanschauung that may seem familiar to many, and that’s because it is—in fact it’s indistinguishable from that of The Economist. Hamid’s book shares many leitmotifs with the magazine, the most obvious being the idea that the chief obstacle to liberalism is not competing illiberal cultures as such but identity in toto, and that this identity question is best ‘solved’ by looking to its destruction.

Early on in the introduction Hamid celebrates invention and the imagination as key to the creation of our sense of self. He chooses to ignore the chief reason identity sticks in the throat of contemporary liberals: it bucks the trend Marx recognised within capitalism which ensures “all that is solid melts into thin air [and] all that is holy is profaned.” Identity is usually rooted in ethnicities and histories that cannot be moved in and out at will; one cannot merely participate in them. 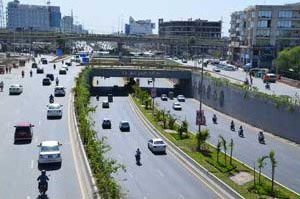 View of Kalma Underpass and flyover in
Gulberg, Lahore, one of the financial districts
of Lahore (Image by Leaq,
Creative common)

Hamid then dismisses identity’s largest blocs, civilisations, as “dangerous and powerful illusions”, forgetting that only a page or so previously he thought illusions (ultimately what exercising invention and the imagination entails) were the constituents of self to be extolled and celebrated. He then grinds awkwardly up a gear, asking “to which civilisation does a Muslim soldier in a US army belong?” hoping to hoodwink unwary readers into acknowledging that hybridity destroys its components, which is akin to arguing that neither Labrador nor poodle are valid categories because the labradoodle is possible.

An ecumenical tone is adopted throughout, placing emphasis on the author’s pious regard for the fact we are all humans. No stress is positioned on or around the fact that although we all defecate, consume, reproduce and commit violence, almost every aspect of higher culture demands that we make moral decisions as a group, and that the reason each culture is distinctive is that each grouping takes different and distinctive routes. This elevation of humanity in public debate masks a wish to destroy the next largest unit: that of culture or civilisation, arguably Man’s most noble (and delicate) achievement.

Hamid has all the buzzwords to hand as he sets about his task. He uses “pluralism” in the same way a candidate in The Apprentice television programme uses “net profit”, that is not because he is certain what it means but because he knows it sounds good. The truth (that pluralism means the heterodox elements of a society are exaggerated to the detriment of the homogeneous ingredients; it is a polite way of requiring that almost every unit of belonging be disbanded) escapes him; it is hard to determine whether this is through design or ignorance. Again, the word veils an intention that represents its semantic opposite, far from wanting numerous modes of living to flourish, Hamid wants us all to resemble a United Colors of Benetton advert: all looking superficially different whilst thinking on exactly the same page, the Western capitalist one. 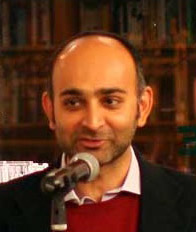 Mohsin Hamid at a reading at
the Greenlight Bookstore in
Brooklyn (Image by Mr
Chopper, Creative
Commons)

Hamid would dispute this of course. He insists we should “invent new ways of being.” If only Heidegger had known, it were so simple. Sentences like this are in rich supply and are a sure demonstration of the psychological distance between the author and the entire canon of Western thought. As C. S. Lewis warned, these “dreams of the far future destiny of man are dragging up from its shallow and unquiet grave, the old dream of Man as God.”

And that’s just the introduction. The collection is trisected into vague catch-all chapters on life, politics and art, (everything from drones to cricket) but are really located, paradoxically, in a man that feels uneasy with This elevation of humanity in public
debate masks a wish to destroy the
next largest unit: that of a culture or
civilisation, arguably Man’s most
noble and delicate achievementhis identity and is not sure who to blame. The oddness of this task is compounded by the self-consciousness on display; the book is saturated with awkward mannerisms of a diary-writer who knows every word will one day be published. His similes, especially in the more personal essays, will likely strike the reader as odd. A particularly queasy passage is when Hamid chooses to describe a sweaty sexual encounter on public transport in the following words: “thick drops of sweat slide down my belly like errant roe.” 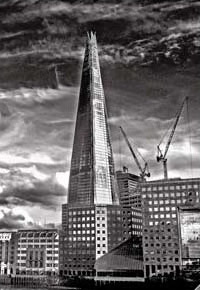 That’s not to say there aren’t a handful of decent chapters. I particularly enjoyed the article on E-reading, which reminds the reader that “we are being encouraged to think of our attention not as expenditure but consumption” and that “books afford a degree of protection and make possible and less intermediated, less fractured experience. They guard our aloneness.”

But the overall flavour of the book reminds me of Alcibiades, the Greek who floated between Athenian, Spartan and Persian worlds, drafting men to his banner and deploying ideas and words whenever required, but ultimately only really trusting and respecting himself, and his own ambition.