Early Doors, which ran from 2003-2004 for 2 series (and UK-length series at that, meaning only 12 episodes in total), I thought was an obscure gem remembered by few, albeit warmly by those who did; in any discussion of favourite sitcoms over the years since I would always bring it up, but I'd never encountered anyone who'd seen it before my recommendation – though those who'd take it up would report back favourably.

It was some surprise then to be working at a trade show at Birmingham's NEC in May and see an ad for Early Doors Live coming in September, one of those happenstances that briefly makes you wonder if you've taken a quantum leap into a world geared towards you personally (though there are few other indications that this has ever been the case), or are actually still asleep.

This brief sense of the surreal was writ large then last Friday, when walking around the Arena Birmingham and seeing a stall selling t-shirts and mugs with phrases from the show such as 'Crime Can't Crack Itself' and 'Do You Like Circuses?', sayings never elevated to the level of catchphrases in the television programme (it wasn't that sort of comedy), and which would need multiple viewings to stand out. It was very clear from the start though that the audience weren't just there for any old night of comedy; the stage show is laden with callbacks to the sitcom, many of which are things that happened just once in the programme, but all of which were met with loud approval by the 15,000-strong crowd, who knew far more than just the response to 'To the regiment!'; apparently Early Doors is no longer as niche as I thought.

Early Doors the TV sitcom was the brainchild of Craig Cash and Phil Mealey, originally conceived of as revolving around an entire community but eventually pared down to being set entirely within a pub in Stockport. Cash had just come off the success of the well-loved The Royle Family, and Early Doors was in many respects a clear spiritual successor to that much bigger hit; The Royle Family would famously have scenes for several minutes of the family just watching the television sometimes even in silence, the comedy being derived just from their reactions as the camera panned around. There was nothing quite to that extent in Early Doors, but there was the same tendency to allow a scene to breathe and, like The Royle Family, it was often light on plot, deriving its comic moments from its small interactions rather than overarching stories.

While never achieving its mainstream acclaim, Early Doors was a better show than The Royle Family. Its characters were more rounded and believable compared to the caricatures in its forerunner (indeed, they possessed a level of stupidity dialled up to breaking point when The Royle Family returned for a series of Christmas specials from 2006 onwards, much to the programme's detriment), and the high quality maintained through Early Doors' television run was no doubt helped by its short span. It had a real emotional core far beyond The Royle Family too, and so its moving conclusion, despite ending a mere 12 episodes, was completely earned. Early Doors left us wanting more, but as such it never went downhill, and often appeared through the years in the late night schedules of the classic comedy channels (UK Gold and the like) where it seems to have built up enough of a following to make this return feasible.

Early Doors the stage show is a somewhat different beast to the television series, but beneath its surface is the same beats the same warm heart. Despite the frequent callbacks, it's an original story rather than a recapitulation of familiar moments, and is a sequel to the programme. The humour, perhaps of necessity of the format (the television version didn't have a laugh track) is broader, more frequently rabelaisian and, very occasionally, a touch meanspirited; the killing off of Joan and Eddie, whose original actors were unable to return (Mark Benton, who played Eddie, went on to have the greatest success of the original cast besides James McAvoy, whose upward trajectory even at the time of broadcast meant he only appeared in the first series) is played for laughs, which would never happen in the series; it's soon forgiven as this leads into the introduction of two identical characters ('there'll never be another two like them'/*enter June and Freddie*).

All the returning actors reprise their characters with ease as though there hasn't been a 15 year gap, but special credit has to go to the new actors taking over existing roles, particularly Judith Barker and Nick Birkinshaw as Jean and Old Tommy respectively, who manage to inhabit their roles so brilliantly that it's never jarring to see such familiar characters portrayed by new performers among the regulars. The set design, too, is fully evocative of the show. Though it doesn't seek to replicate in great detail The Grapes as seen on TV, it nevertheless captures the spirit of the place, and even has the addition of an outdoor smoking area (the TV show is so old that it pre-dates the smoking ban).

One of the main plot threads of the TV series was landlord Ken (John Henshaw) trying to summon up the courage to reciprocate the clear romantic interest of barmaid Tanya (Susan Cookson), which Henshaw once likened to 'Gwyneth Paltrow chasing Shrek' (though Ken is so likeable that you can believe it), and the stage show's main plot moves this along to Ken's plan to propose to Tanya. Not much else seems to have changed for the regulars of The Grapes, though there is a revelation regarding Jean and Tommy which belongs in a more conventional sitcom and probably wouldn't be reproduced should Early Doors return to television.

As mentioned, avid fans looking to stamp references off their Early Doors bingo card won't be disappointed; before it even starts a traffic light prop is left on the side of the stage, only to be removed just before the start and not used again (i.e. a temporary traffic light), and such crowd-pleasing moments are laced throughout, from cleaner Winnie's (Joan Kempson) raised-hand wave as she leaves the pub having delivered another acerbic one liner to Jean's frequent reaching for her inhaler, though I had to groan at policemen Phil and Nige's (Peter Wight and James Quinn) returning weed habit. Also present are one or two fourth wall-breaking nods, and a couple of extra ones courtesy of Craig Cash (acting on stage for the first time on this tour) which only made the whole thing even more charming.

Without giving it away, the show ends on a big set piece which could be interpreted as having a double meaning in asking for the chance to return for a third series; co-writer, co-director and Duffy actor Phil Mealey has said such a decision is the purview of BBC Comedy, which indicates a willingness on his part. One might fear that a return not handled correctly could tarnish the whole, but despite its concessions to the stage show format, it's clear from Early Doors Live that he and Cash are still capable of writing these much-loved characters.

Early Doors Live may rely to some extent on prior audience knowledge, but it's certainly funny in its own right; both friends I saw it with have differing levels of familiarity with the source material, and both loved it. There was a buzz of goodwill among the audience throughout, and the standing ovation at the end was completely deserved and heartfelt. Whatever the future holds for Early Doors beyond this, Early Doors Live was a wonderful experience, and if nothing else it will surely elevate the reputation of one of television's most underrated sitcoms.

To the regiment – I'm glad I was there! 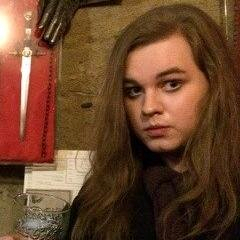 Co-founder & Editor of Excvbitor and YouTuber at Headhunters Media