Referring to ‘the English’ has for many years been considered a shibboleth on a par with mentioning ‘the poor’ (rather than ‘the disadvantaged’). These phrases signal a reluctance to melt into a world of cosy euphemisms and narcissistic language control, due to ignorance or insolence on the part of the transgressor. Treating Englishness as a valid topic for investigation is, in many quarters, still considered a provocation and few people have dared chart the identity that has historically possessed the hardest currency on the British Isles.

No doubt they have been scared away by either the cartoonish popular histories that dominated the early twentieth century classroom or, more likely, the politics of the far-right in recent times. The wheel has turned full circle, however, with the entry of Robert Tombs, a professor of nineteenth century French history at St Johns, Cambridge, into the fray. 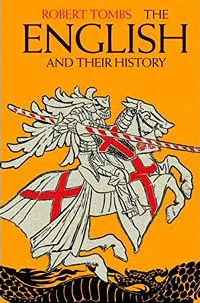 The title of the book (published by Allen Lane in November 2014), which includes the collective plural ‘their’, gives a clue as to the project embarked on. Tombs seeks to do nothing less than to restore agency to an identity long dismissed as an anachronism. It is an account that is emphatically conscious of its own voice, its prejudices, its exclusions and inclusions. Refusing to aspire to a Rankean ideal of objective history, it instead channels and exudes humanity: “Much memory, individual or collective, is fiction, and [is] no less powerful for that,” he begins. Restoring weight to the historiography of the passing incidents and issues, it is a history of histories as well as a deftly weaved narrative.

In doing so Tombs strays into controversial territories, but with an absent-mindedness that works dispatching pre-eminent attitudes in a few pithy sentences without lengthy digressions. Two examples will Treating Englishness as a valid topic
for investigation is, in many quarters,
still considered a provocation suffice. Refusing to abandon talk of exceptionalism, Tombs notes that “one could describe a house by saying it has walls, a roof, doors and windows; but generally, more useful is to specify its distinctive style, situation, materials and colour.” Later he observes that England is far from a dead unit undeserving of a history; in fact, the reason such a project hits so many buffers today is precisely because “A history of England seems to unsettle people: the past, it seems, is not dead; it is not even past.”

As the sources multiply, the prose bulges, and the result is a slightly slim start. The foundations are well- laid, however, with only a few mistakes—the most remarkable being the fact Tombs seems to believe no other nation-state boasts England’s antiquity—when Bulgaria’s birth is usually dated to the late seventh century.

A gallimaufry of interesting incidents across 1500 years is documented. Tombs’ greatest skill is perhaps knowing what to pick up and what to abandon in a cluttered landscape that might overwhelm a lesser scholar. 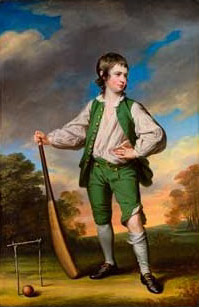 He is also careful to pause at certain junctions he believes have forced England to take stock, reinvent and reimagine its own identity. The most obvious examples are the reactions to the Norman Conquest, the Civil War, the Empire, and today, an attitude of “Declinism”. Each serves as a wind-breaker to the text, encouraging a mood of introspection.

A complaint that may fairly be levelled at these forays into historiography, this juggling act of multiple histories, is that they can disorientate the general reader who is not already familiar with the entire corpus of English history. Citing the “Good Old Cause” in the Restoration period and the prerogative claims of the Tudors early on, in reference to later reactions to “the Norman Yoke”, may bewilder many a reader.

That said, many of the most interesting parts are embedded in these reflections. In them we learn that Tudor as a label for a revolutionary epoch was invented by David Hume; that Whig history (usually considered a very British product) was in fact pioneered by a Frenchman, Paul Rapin de Thoyras; that the English gentleman is a fusion of cavalier and roundhead ideals, and so on.

Of particular delight is the weight Tombs attaches to the fact England was not submerged by almost three centuries of foreign rule (from the Viking age onwards) despite only existing as a tentative state for around Certain junctions he believes have
forced England to take stock, reinvent
and reimagine its own identify the same amount of time. After describing how Old English died in the twelfth century, he laments that forced the English were disinherited of their language, their lands, the offices of the Church and even their own names. And yet, by the High Middle Ages, the King and his parliament were speaking a rejuvenated ‘Middle’ English (in which the hundred most frequently used words were derived from the old language), the French lords had become “Engleis” and a centralised culture was being cemented that relied much less on a foreign ‘other’ for cohesion than ‘relationships [built] within a political community.’

Tombs is not afraid to deliver firm judgments where required. He defends Burke against Paine, the empire against its critics, Thatcher against her detractors, and interestingly (given what appear to be his conservative leanings), optimism against “declinism” (which he suggests gave birth to Europhilia).

Scorning ‘juniors’ from public schools and Oxbridge who routinely mock ‘England’ and ‘Englishness’— symptoms of a malaise John Maynard Keynes described as a nation “sticky with self- pity”, Tombs views change as part of a nation in which, as Orwell acknowledged, “Nothing ever stands still. We must add to our heritage or lose it.”

That is not to say the author ignores risks and threats. The last chapter contains a particularly trenchant critique of a country that seems to have abandoned its borders, its sovereignty and even its attachment to meritocracy. In a particularly damning passage Tombs points out that collective amnesia will be particularly dangerous to a nation that has “long relied on conventions and traditions as safeguards for its rights and liberties, and even for a sense of its own identity, its civic morality and solidarity.”

Even so, Tombs implores the reader not to lose perspective. For centuries, “when judged by the standards of humanity as a whole” the country has been a place of unrivaled prosperity, security and good governance. The springs of the hope he celebrates, however, seem to sprout less from the facts of the final chapters, than from his own temperament. The result is a conclusion that feels less like a place of measured summary and prophecy than a therapeutic shower of literary feel-good quotes from Orwell, Chesterton et al about having faith in the place.

Perhaps, however, this is what contemporary England needs. Instead of the current division separating depressive historians from ignorant optimists, we need more optimistic historians, as well as optimists who sec the allure of an England that has enriched the Englishman’s understanding, expanded his sympathies and achieved so much in historical terms. At the very least Tombs has reminded readers that the country refuses to be abolished by naysayers, no matter how fashionable.