Because it does not address the existential roots of the problem, Hussey's conclusions are unenlightening.

Big hitting facts instantly draw the reader into Andrew Husseys The French Intifada (Granta, 2014). There are six million Muslims in France. The population of the Parisian banlieues is growing so fast that it will soon outnumber the two million inhabitants of central Paris. French prisons are jihadist recruiting grounds, which is perhaps unsurprising given that 70 per cent of prisoners are adherents of Islam. 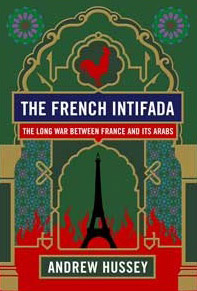 The tension is sustained by a confession. Andrew Hussey, Dean of the University of London Institute in Paris, and a regular contributor to The Guardian and The New Statesman, flags himself up as an unbeliever, not of Islam as such but of the conventional, liberal, post - war narrative that explains Islamic violence through references to class, prejudice and material inequality.

Instead Hussey implores us to go diving with him headfirst into the reality of the banlieues. This is the strongest part of the book, and is full of first class reporting. He scouts around parts of Paris that even the police fear to tread (literally in the case of 'orange quartiers'), unveiling a dystopia of drugs, prostitution, rape, random violence, boredom, disaffection, hip-hop and general urban decay. It's festival atmosphere lined with primal fear - "It makes you feel sick," admits one inhabitant.

If only the book continued in this vein and concluded with some soul- searching analysis. Hussey, however, prefers to devote 28 of 32 chapters to what is ultimately an updated textbook overview of French colonial history in the Maghreb .

This is "a conflict between two very different experiences of the world - the colonisers and the colonised", Hussey assures us. But the effect of this is to reduce the current crisis in Western - Islamic relations to little more than an awkward postimperial coda.

He spins French colonial ambitions as a vast exhibition of ignorance, hubris and greed, but this is an assumption that deserves to be challenged. Why did France invade the Maghreb? It was easy pickings. Why was it easy pickings in a way, say, Germany or England, were not? It was a pre - Modern society. Why was it? This is a good albeit controversial line of questioning and it is never seriously pursued.

And to not pursue it is to in many ways miss the point. The West and Islam have experienced and reacted to the complex reassemblage of the world we call Modernity in different ways. The relationship between Modernity and the West is examined by Larry Siedentop in his Inventing the Individual. Imagine if Hussey had beat a similar line of enquiry into Islam. Instead he prefers to fall back on Frantz Fanon, a man who advocated violent revolution against colonialists, and woolly Freudian notions of the unrequited love Arabs feel for 'Mother' France.

The problem seems to be that Hussey, with his fast pace and lurid details, is so good at reporting surface events that he avoids getting his hands dirty digging for their roots. This is a shame because when he does pick up his spade, he is very good. The prison chapter, in which he interviews the head of a Parisian prison, unpacks how one form of Western otherness (hip-hop, black argot etc.) is swapped for another in the shape of ascetic Islam, a world in which the male is pure and true, and the material world, with its feminine wiles, is condemned as corrupt.

But he refuses to see that it is not merely old fashioned colonial behaviour that has caused Islamic angst but elements of the modern liberal project too. Extremists gain their siege mentality from a very real pressure being exerted on both Muslim and Western communities to renounce their 'other' (historical The relationship between Modernity
and the West is examined by Larry
Siedentop in his Inventing the
Individual. Imagine if Hussey had
beat a similar line of enquiry into
Islam antagonisms, enemies). This 'other', an idea with a heritage that stretches back to Hegel, suggests that every identity requires its opposite, its negative, a mirror image that is necessarily stigmatised. It is this otherness that must be purged for progress to continue,  according to the conventional Western narrative. The difference is that the West, with its history from the Thirty Years War to the Second World War, volunteers for this, acknowledging that the collapse of 'self' is the necessary price to prevent future olocausts. The majority of Muslims acquiesce in this wisdom whilst the West is predominant, but a minority violently reasserts itself, having appreciated its suicidal content. 'Better to die fighting nihilism than to die from it' is its philosophical mantra.

The origin, then, of current Islamic violence seems to spring not so much from what is particular about Islam but from what is peculiar about the West's postmodern project. Both French and Islamic peoples in France do not fear physical genocide of any sort but instead the annihilation of their identities. These questions are so much bigger than colonial history - they are existential.

But Hussey is not interested. In lieu of a conclusion, the author trills Camus-isms, the first on how terrorism is about a lack of hope. In the second, he makes the rather Dostoevskian point that it's better to suffer and have your dignity trammelled than to strike back, commit certain crimes, and suffer the weight of your own transgression. His final and perhaps most unhelpful suggestion is that both French and Arab people need to undergo a mass exorcism that banishes the colonial ghosts that haunt both, a sort of reset that purges relations of the oppressive weight of history.

If you want a book that looks these issues straight in the eye and wades deep in the waters of irrationality, spirituality and will, then David P. Goldman's How Civilizations Die is the book that delivers what Hussey's French Intifada only promises to.