In his book Inventing the Individual: The Origins of Western Liberalism (Allen Lane, 2014) Larry Siedentop gets straight to the point. We have “lost our moral bearings”, we “lack a narrative of ourselves”, indifference and permissiveness characterise a West that has been left bereft, unmoored and dissolute on the tides of history. Complacency is the tenor of an age which has either forgotten or does not care that belief systems must still compete; Islamic fundamentalism and the “crass utilitarianism” of China constitute very real threats today. This is all just in his introduction.

Skipping ahead to the epilogue, the author emphasises how the West rests on shared beliefs, best outlined today as liberalism, and that the greatest peril to its future success lies within our understanding of how its philosophy evolved—our self-understanding. Typically abridged and truncated poorly in conventional narratives, this point especially concerns how we understand the Middle Ages and Christianity’s role in establishing individuality, equality and freedom as lodestars of the West’s collective conscience. General audiences, victims of this bowdlerization of history, forget that the instincts that forged these values were created and honed by the Church in the first place before they were turned against it.

The book between these two sniper-shots amounts to no less than a rebalancing act of the entire Western historical canon. What drives this mind-bogglingly ambitious project? “If we do not understand the moral depth of our own tradition, how can we hope to shape the conversation of mankind?” Siedentop asks.

The hinge this rests upon is the re-acknowledgment of the Middle Ages as a period of serious achievement in furthering the values of individuality, equality and freedom. Too often written off as a black hole defined and illuminated by its bookends, antiquity and modernity, Siedentop works hard to restore it to prominence.

Shifting the centre of gravity away from the anti-clerical enlightenment of the philosophies in the direction of Christ has serious ramifications. “The importance of the Renaissance has been grossly inflated to create a gap between early modern Europe and its preceding centuries—to introduce a discontinuity that is misleading” Siedentop explains, as he attempts to restore proportion to the historical landscape. He is quite clear that history has been choreographed for too long to appear as though liberal ideals somehow emerged from nowhere after a senescence of over a millennium. 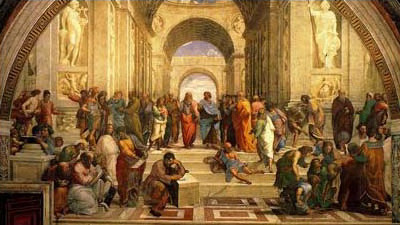 Emblem of the Renaissance: Raphael's School of Athens

In Siedentop’s re-reading antiquity was not the secular, tolerant and free lost-land many modern thinkers would seek to anachronistically paint. Instead, it was a world in which every possible unit: family, paterfamilias, clan, city and imperial leader operated as a quasi-church, each suffused with the ideas and language of religion. As a result, the individual had no real existence outside these, being entirely defined by them.

Even non-personal aspects of society such as law and property were considered through a religious lens. The intellectual world was infused with the idea that paideia (the rearing and education of the ideal citizen) and pietas (duty, religiosity, loyalty, devotion), were consubstantial. Reason was a tool that commanded morality and a social hierarchy. Liberty was nothing, the state everything.

This is all set against a Judaism that treated Law as ‘Yahweh’s will’, separating truth from society’s demands and channeling it instead as an external command. This type of thinking invades the West at first with Jesus’ incarnation, and second, with Paul, its great expositor.

According to Siedentop, Paul is one of the great underrated revolutionaries of history. His key theme, that the incarnation was proof of God’s relationship with humankind on an individual level, effectively The importance of the Renaissance
has been grossly inflated to create a
gap between early modern Europe
and its preceding centuries – to
introduce a discontinuity that is
misleadingbypassed every other factor that constituted a person’s corporate identity, and would eventually turn almost every contemporaneous notion of society on its head. “There is neither Jew nor Greek, neither slave nor free, there is neither male nor female; for you are all one in Christ Jesus”, Paul said. And this fundamental identity rendered each and every soul to be equal, individual and deserving of a dignity that included liberty. The rest of the book is essentially a re- investigation of history once the pivot is placed on Paul’s patch and these ideas take centre stage.

Breathless revisionism on such a grand scale deserves high praise. Hugh Trevor-Roper used to compare specialist historians to snipers who would take pot-shots at anybody who, like Siedentop, has been brave enough to attempt works of synthesis in the no-man’s land between each tower. It requires fortitude and insouciance to range so far and wide, skipping where most fear to tread in the minefield that is medieval studies.

Siedentop also deserves laurels for rehabilitating the study of History as a place where narratives can incidentally flower as a cause for good as often as they can be dubious and self-serving. For too long the orthodoxy has been that History is where the alternative universe of impenetrable texts from the literature department go to die. The subject’s relevance suffers in such circumstances. Instead Siedentop has sought to give the West its story back, and he will attract many critics for having the temerity to do so.

That said, there are three principal shortcomings. First, there are too few pages dedicated to the Byzantine Empire. Eastern Orthodoxy followed a very similar theological trajectory to the West, yet harvested few of its political systems. Siedentop makes some tantalising references as to why, mentioning the longevity of the Constantinian settlement and the impact of Islam for instance, but never develops these sufficiently. 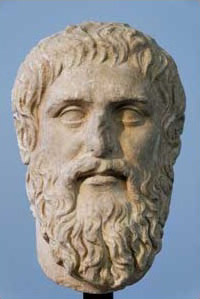 Second, Platonism is slighted a little too much for comfort. For all the negative social implications of the philosophy (gluing social and intellectual standing together in the main) it also provided a ladder to the divine, staggering Reason in such a way that it joined man to logos, or the principle of divine reason. This is in stark contrast to Islam, a faith that never inhaled Platonism to the same degree, and as a result, retained a greater epistemic distance between God and mankind.

Third, it lacks the breadth of A. J. Toynbee’s Study of History and the force of works that address similar themes to Inventing the Individual such as Ratzinger and Pera’s Without Roots. There are too few In Siedentop’s re-reading antiquity
was not the secular, tolerant and free
lost-land many modern thinkers
would seek to anachronistically paintreferences to extra-European experiences to confirm a truly Western story, and too many awkward questions about the West’s future implied by the narrative are left unanswered. Can a deracinated liberalism survive? Does equality squash liberty when the two are left decontextualized by secularism? Do immigrants from other traditions need to be assimilated, rejected, or do we have a strong enough cultural core, to accept them unassimilated? Questions suggested in the prologue, are shirked in the epilogue.

These criticisms are complaints about icing on a cake that has re-written the recipe, however. In granting liberalism a new genealogy, Siedentop hasn’t merely rebutted the sillier assumptions of Enlightenment histories but has bestowed upon it a new armoury to exert itself with.