What if the Novus Ordo could be good? Not just acceptable, but really quite good? A truly worthy liturgy for ordinary use in the Roman Church?

Choice is an incomprehensible prison for all but the finest wits, and while the looseness of the Novus Ordo’s rubrics often confuses, leading to many a liturgical abuse, it need not be this way. From the moment of its creation the poor Novus Ordo has been assailed on both sides; by heretical Jesuits on the one hand, who insist on celebrating it as a purely Protestant rite, worthy of no reverence or care, and by hyper-Lefebvrists on the other, who regard it as an unredeemable work of the Devil no matter how much love and attention is put towards its celebration.

As ever, a via media is possible here. While I must concur with Lefebvre and Ottaviani that certain theological problems with the Novus Ordo remain unresolved, especially concerning the weakness and lack of specificity in its language concerning eucharistic sacrifice, it by and large remains an acceptable rite, albeit one that perhaps will forever lack the full, glorious, catholic richness of the Extraordinary Form. The looseness of the rubrics, however, and the plain fact that the Novus Ordo represents a violent break from everything that came before it, means that the intelligent, sensitive adaptation of the Novus Ordo to the ancient tradition is one that is full of traps, even for the intelligent and liturgically sensitive priest.

I shall not waste your time arguing for such basic elements of good practice, such as ad orientem celebration and the greatest possible use of Latin. In the case of the former, if the overwhelming weight of liturgical tradition – as recently and brilliantly expounded by Cardinal Robert Sarah – will not persuade you, nor shall I be able to. As for the latter, I am, as an Anglican, a great supporter of vernacular liturgies, but the repeated inability of the Roman Church to produce even a halfway decent translation of its rites is a clear sign as to the will of God in this matter: Roman Catholics are meant to use Latin wherever possible. There is no need for anything other than Old Testament Lessons, Epistle and Gospel to be read in the vernacular.

But even for the priest inclined to celebrate the Novus Ordo in continuity with the ancient traditions of worship, snares remain. Perhaps the greatest of these is what I like to call 'choircalism', increasingly a problem also in modern Anglican worship. The problem comes about due to those many priests who have a love of the great tradition of Catholic church music, but also wish to remain faithful to the spirit of of the modern rite. The essential flaw is that all the long, elaborate, beautiful Mass settings we all know and love were written for the Tridentine Rite, and in that Rite they are covering various silent prayers, either the opening Prayers at the Foot of the Altar or, in the later part of the Mass, much of the silent canon. In that context, they work very well – to have the choir singing one part of the liturgy while the clergy say another is very much in the spirit of the Tridentine Rite, a liturgy that has no problem with multitasking.

In the Novus Ordo, however, it is very rare to have a silent canon or other extended silent prayers. Accordingly, everyone – clergy and congregation alike – winds up standing around doing nothing while listening to the choir, effectively turning worship of God into a quasi-secular concert. This is not acceptable religion. No one should be standing bowed for five minutes, their back slowly and agonisingly seizing up, while the choir luxuriate in this weekend’s fine setting of the Kyrie. To have the eucharistic prayer interrupted, at the height of its momentum, by a choir indulging themselves in a seven minute setting of the Sanctus is frankly silly and destroys any sense of dramatic power in the liturgy.

There are two obvious solutions to the problem of choircalism. The first is to pray the canon silently. This probably violates the General Instruction of the Roman Missal (paragraph 32), but a priest with a sympathetic congregation and a Bishop prepared to look the other way might feel that the tradition of over a thousand years of worship carries its own sanctification, a sanctification of a far higher order than mere obedience to the current GIRM, which is liable to change rather quickly. This is, I acknowledge, a rather Anglican way of looking at things, so I shall quickly proceed to the second solution, lest anyone get the wrong idea.

The second solution is simply to keep the choir in line and institute a flat ban on extended settings of the minor propers. Nothing more than two minutes can be allowed. This might be made even simpler by insisting on the use of Gregorian chant, and training one’s congregation to take part, led by the choir, who might sing alternating lines of the Kyrie with the people (to give just one example of how to do this in practice).1

Before the liturgical reform was sidetracked in a very different and much worse direction, I suspect that the original aims of the Fathers of the Second Vatican Council were in no small part to eliminate the choircalist abuse. By insisting on 'active [lay] participation in the liturgy', I rather suspect that the vast majority of the signatories of Sacrosanctum Concilium had in mind mostly the excesses of professional choirs, as the sixth chapter ('Sacred Music') outlines in more detail. The priest who keeps his choir in line and sticks to Gregorian chant is, therefore, not only keeping with the best traditions of the ancient Roman Rite, but also faithfully following the spirit and intent of the Fathers of Vatican II, and their desires for how a modern liturgy should be done.

So much for the choircalist crisis. The second great trap, that everyone falls into to a greater or lesser degree, is an excessive focus on the role of those in major orders, to the detriment of those performing roles that once were (and, in the Eastern churches, still are) the property of those holding minor orders. Some examples of what this involves in practice include:

The general trend behind all of those problems is an excessive focus on the role of the priest in the liturgy, probably a mentality inherited from centuries of the dominance of Low Mass. Indeed, Low Mass was so prevalent in late medieval times that the Reformers mistook it for the most ancient form of the Mass, and structured many of their liturgies accordingly. Of course, the most ancient form of the liturgy is actually something much closer to a Tridentine Pontifical High Mass crossed with an Orthodox Divine Liturgy, where the Bishop celebrates in union with his priests, deacons, subdeacons, acolytes, lectors, and the whole people of God, each performing that part in the liturgy proper to them.

In a typical High Mass, of course, the Bishop will not be present, but this does not mean that the only person who matters is the celebrating priest. Everyone else needs to understand their part in the liturgy, and ideally have a specific vocation to the performance of that part. This is most truly the sense in which the liturgy is the work of the whole people. This is not a call for crude 'lay participation' of the kind that has marred worship so badly over the last few decades, but for a proper liturgical conservatism that corrects some of the negative aspects of Catholic worship over the last few centuries: the over-dominance of the professional choir and the ubiquity of Low Mass causing a neglect of the liturgical role of the minor orders.

A modern restoration of the traditional ways of worship must necessarily, to some degree, be a creative, even post-modern initiative. We cannot and should not wish to simply slavishly recreate the worship of our grandfathers and great-grandfathers, but must take that as a useful starting point for correcting the excesses of the post-Vatican II era. Too much time has passed, and in any case the liturgical culture of the 1950s had faults of its own that we should not wish to recreate. Instead we must draw from the best practice of not only that era, but also the Counter-Reformation church, the medieval church and the church of the patristic era. This is not a call to liturgical antiquarianism (another error), but a call to inhabit the fullness of liturgical tradition, not merely a narrow slice of it forever frozen in time from 1962.

1At Pusey House, congregation, servers, choir and clergy sing together the rather fine and majestic Merbecke settings of the Creed and the Gloria; a far more preferable arrangement, I think, to the choir singing a different setting each week alone. The choir sing the Kyries, Agnus Dei, and Sanctus, and generally don’t take too long about it, though occasionally there are lapses.

2Vide this 2011 letter from the Ecclesia Dei commission. The Instituted Acolyte, functioning as subdeacon, does not wear the maniple, nor touch the chalice during the canon of the Mass, nor purify it. In virtually all other respects, he vests and acts just as an ordained subdeacon would. https://rorate-caeli.blogspot.com/2015/04/straw-subdeacon-pced-letter.html

3A very rare exception seems to be the diocese of Lincoln, Nebraska. http://www.lincolndiocese.org/news/diocesan-news/758-men-prepare-for-installation-as-acolytes-lectors 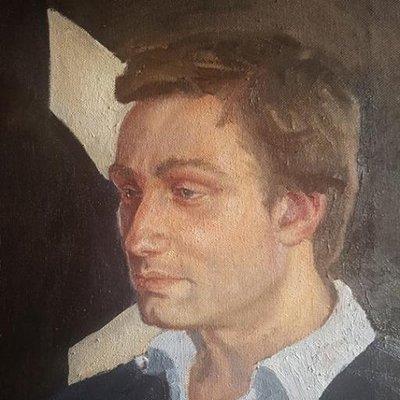