Fresh from a controversial speech at the Hay Festival, Tom Holland explains to Henry Hopwood Phillips why he’s challenging the inconsistencies at the heart of the national conversation about radical Islam, and how he hopes that the Middle East is incubating a “great Arabic Voltaire”.

HP: How would you summarise your talk at the Hay Festival this year?

TH: That we should not ignore the influence of Islamic scripture on aspects of Islamic behaviour we find reprehensible.

HP: Why do you think non-Muslims choose to ignore this influence?

TH: Largely because they do not want to provoke hostility towards a vulnerable minority in Europe. But there’s also a strong clement of fear—a fear that if you question the way in which a figure like Mohammad is interpreted, you are liable to get killed. His mythos lies at the core of what is pernicious in the goings-on of IS [Islamic State] and other radicals. It is obvious that he provides the model for their behaviour. So there is a need to look at Mohammad and at how he is understood. There are aspects of his mythos that are problematic.

HP: Problematic because you’d have to relativise a ‘prophet’—Mohammad?

HP: Why has there not been a liberal constituency within Islam pushing for what you’ve outlined in any meaningful sense?

TH: Liberalism is essentially Christianity-lite, and you can include atheism and secularism in that bracket too—these are basically Christian heresies. The ethics involved are really New Testament ones. Islam has its own DNA and is obedient to it. 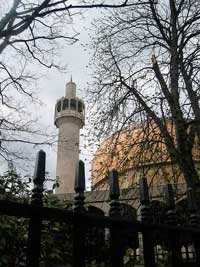 Over the last two hundred years the West has had a significant impact on Islam but the influence it’s had on understanding the life of Mohammad has been to flatten it, to fashion him into the ‘Great Man’ of Thomas Carlyle. "there is a need to look at Mohammad
and at how he is understood" He is the last outpost of this. In the West Goebbels gave Hitler Carlyle’s biography of Frederick the Great in the bunker and that really marked the end of that way of understanding history in the West. In Islam Mohammad is still seen as the great social reformer, the man who broke eggs to make an omelette.

HP: Is there a stage in Christian or Jewish history that Islam could be compared to right now?

TH: It would be reductive and wrong to imagine that Christianity is normative and that therefore the evolution that Christianity has gone through provides the template for Islam. Having said that, because we have large quantities of Muslims in our society, the choice is that either we become more Muslim or Muslims become more Western or we arrive at some compromise, and clearly there’s a need to do that.

HP: I ask because the word ‘Reformation’ is often bandied about.

TH: Islam is hitting a period related to the Reformation in two obvious ways. One is that the Christians at the time of the Reformation wanted to get back to the primary sources, to live life as the Apostles did, to strip away the padding of Catholic ideology—this essentially is also the Salafist agenda. 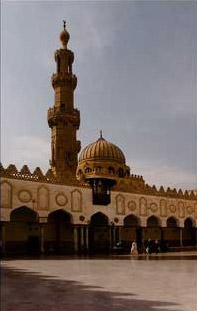 There’s also the effect that the printing press had on the Reformation. It suddenly meant tinkers and tailors could read it. Now the Qur’an and the Hadiths are all available online—lots of it without context—and arc being used to justify atrocities. You no longer need to have been at Al-Azhar or have some forty years of compendious study of Islamic law behind you to claim authority.

HP: Is there a Christian trait you believe Islam is missing?

TH: I’d like to see Islam become more Pauline. Paul is the most significant Christian figure who is not in the Qur’an.

HP: Indeed some Islamic traditions go as far as to call him a man of deception, an evil king and so forth. How might a ‘Pauline’ tradition be of benefit to Islam?

TH: As you point out, the Qur’an emerges from a corpus of traditions and texts that reflect a Judeo- Christian milieu in which Paul is demonised. The salient fact is that the Qur’an re-enshrines the fact of Divine Law that Paul had abolished. Paul says that the law of God is written on the heart—he protects the role of conscience as law. This Islamic idea of Divine Law, however, has meant that the Qur’an has made Mohammad the ideal for human behaviour for all time. This means you can’t really evolve beyond him.

HP: Historically Islam has had quite open periods—it’s ultimately why references to the gates of ijtihad being closed are meaningful—surely if it has had periods like this once, it can do so again?

TH: Sure, but the core has been closed and for what you describe to happen, that core needs to be opened up. This would mean historicising Islam. It’s a project of relativisation which would ultimately lead to an appreciation of the symbolic over the literal.

TH: Not now. I think Islam is going through an existential crisis. The current debacle will probably have an effect similar to that of the Thirty Years War (1618-1648) in Christendom. It will corrode the moral absolutism that had previously governed it, though I have no idea how many Muslims in the West believe in the ideas disseminated by ISIS and how many will fight against it.

HP: You don’t seem to harbour that much hope for Islam?

TH: Well I don’t. It’s a little like the fable where Christianity is the tree that blows with the wind but ultimately bounces back and Islam is the oak that nevertheless will one day crack and crash. It’s the best answer I can come up with. Obviously I like to remember that intellectuals are always prone to overestimate the effects of intellectuals. But, having said that, it is the role of ideas to start as contemptible and then one day, like a depth charge, just go off.

HP: In the long term there must be hope?

TH: I would imagine that the Middle East is incubating a great Arabic Voltaire. I can’t believe that it’s not.

HP: There will always be numerous interpretations of Islam, surely those that flourish are those that are most in demand, so why is the liberal school so miniscule?

TH: At the moment it must be inchoate. So far the internet has fostered jihadism but it must also advance its opposite, scepticism. The threat of violence ensures that much of the scepticism remains underground but it’s surely building. As with all revolutions it’s not until critical mass is obtained that everybody suddenly gets on board. 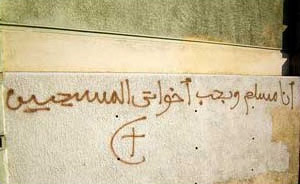 Graffiti seen in Cairo in 2011. It reads "I am a
Muslim and I love my Christian siblings".

HP: Has it been hard coming to these conclusions? Has there been resistance?

TH: When I write about Islam my anxiety, and the reason I always pull my punches, isn’t that I’m afraid I’ll be killed, it’s that I’m afraid to be drummed out of the liberal club.

HP: Is identity politics, and the posturing involved, overtaking the real issues at stake here?

TH: Yes, we’re getting sucked into a vision of Islam that’s all ‘radical chic.’ The sex, the violence, the misogyny and all the rest of it is being glamourised. We sit on a moral Mobius strip because in the cause of anti-racism we can end up backing people promoting genocide. That’s insane.

HP: Do you think the perpetrators are aware of this?

TH: I think there’s a moral blindness there. I think there’s also a belief that to assert your moral independence you simply cannot be seen to be agreeing with anything that may be promoted by Western ideology; there’s a sense that you have to stand outside it, against it, and by doing so you stand with the Third World, with Noam Chomsky, with Martin Luther King, you’re on the side of the angels. But how can that side be backing those who practice genocide, and we’re talking genocide against Muslims here. They want to kill all the Shia. That’s their aim.