There is an idle prejudice which holds that French intellectuals are among the worst purveyors of obscurantism. Like a lot of prejudices, it is quite correct. From Rousseau's romanticism to Foucault's reductionism, our continental neighbours have revelled in nonsense. There was Sartre and his communist apologetics. There was Derrida and his degenerate deconstructionism. More recently, the French intellectual elites – to, I have little doubt, baffled annoyance from the masses – have elevated the chest-flaunting, warmongering, attention-seeking Bernard-Henri Lévy to the status of philosopher king despite the fact that he does no philosophy.

'People hasten to judge in order not to be judged themselves,' wrote a great Frenchman. Perhaps. Many a sinner has denounced moral failings. Many a bullshit artist has cried 'obscurantism'. Accurate as I maintain the previous paragraph is, the French have giants as well as frauds: Descartes and De Maistre were great if conflicted men; Durkheim pioneered the necessary discipline of social science; Raymond Aron struggled with his communist colleagues; Roland Barthes was a strange but fascinating theorist; Balzac, Zola and Houellebecq have all been great novelists. The French might not have the rigour of hard-nosed English empiricists but sometimes they have asked more imaginative questions.

My favourite French intellectual – that 'great Frenchman' – is the novelist and essayist Albert Camus. With his good looks, absurdist ideas and mournful prose he is often characterised as a philosopher of style and mood; the archetypal Frenchman, with his greatcoat, cigarettes and sadness.

He was more than that. Born to working class parents in French Algeria, Camus was a promising goalkeeper before tuberculosis ended his footballing career. He took odd jobs to support himself while studying, much to the fascination of his bourgeois Marxist peers. His private life was not always admirable – he was a passionate, prolific cheat – but this ambition and dedication is to be respected.

Camus fought with the French resistance yet also criticised the Soviet Union. Sartre was outraged, writing in a letter to the man who had once been his friend:

'Yes, Camus, like you I find these camps unacceptable; but just as unacceptable is the use that the “so-called bourgeois press” makes of them every day.'

How running a prison camp can be equivalent to writing about a prison camp is mysterious. Perhaps one has to be a great philosopher to understand it.

Yet Camus was more than this as well. Being a great writer is not just about being right but about the power of one's arguments and prose. Absurdism might sound like a bit of woebegone pretension, but it is among the more powerful secular philosophies. True, Camus' materialism seems unreflective. The divine is smuggled out amid the cigarette smoke. In the debris of the moderns, though, Camus' was a stoical and dignified stance. The Myth of Sisyphus contrasts our desire for meaning with the silence of the universe, and argues that defying this silence is ennobling. Sisyphus knew if he pushed the stone up the mountain it would roll back again and yet determinedly continued to push. 'He is stronger than his rock,' Camus reflected.

This could lead one to irresponsible behaviour, such as the 'Don Juanism' Camus wrote of (rather badly) and practiced (rather sadly). For a more convincing exploration of man's social life, one can turn to Camus' later book The Plague. The Plague, a novel, is Camus’ greatest achievement. Set in a fictionalised Oran in the 1940s, it depicts disease choking the city as thousands of rats emerge and die in the streets and men and women are infected with their vicious plague. They start to die. The city is blockaded. Doctors like Bernard Rieux fight a losing battle as they treat the victims.

So far so miserable. It is a plot a nihilist would love. Yet it is not a depressing or defeatist novel. It celebrates the quiet heroism of the citizens who go about saving or comforting their loved ones and compatriots. 'I have no idea what’s awaiting me, or what will happen when this all ends,' says Dr Rieux, 'For the moment I know this: there are sick people and they need curing.'

Rieux is a man of professional duty. Another decent man in The Plague is Raymond Rambert, who arrives as a journalist and attempts to flee but then, given the chance to leave, decides, 'It may be shameful to be happy by oneself: I always felt a stranger in this town, and that I'd no concern with you people. But that I've seen what I have seen I know that I belong here no matter what I want.'

These qualifiers are typical of a book in which characters are not blandly virtuous but aid each other despite doubts, confusion and emotional reserve. Camus creates not a better man but men being better. It is not quite the 'optimistic existentialism' that Colin Wilson struggled to define, but it is more true.

It makes life go on and it makes love go on. Comforting one old man, Rieux reflects, 'A loveless world is a dead world.' True enough, and a world without duty is disordered. Camus may not have had all the ethical answers, but in life and in prose he offered more and better inspiration than his grim ideological peers. He affirmed life without succumbing to utopianism, and man without resorting to the merely sentimental. That he died before his fifties was a tragic waste, but life is absurd in at least one sense. 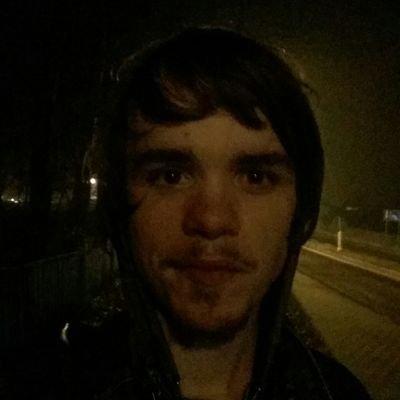