A Window onto Orthodoxy: Sacred Imaginations at London's Barbican

The Barbican's Sacred Imaginations event – an unprecedented fusion of old and new music from across the Orthodox Christian world – opened with pure sounds of Russian male-voice choir Doros. Their soul-baring tone seems blown across the steppe from an earlier millennium. The timeless choral sound is rooted in the unchanging theology of the Orthodox Church: namely that sacred music should not use instruments; should not include silence (hence the background drone notes); and that the sung liturgy should only be celebrated by males. This heritage is instantly recognisable; whether in a Greek funeral song, a Byzantine chant, a traditional hymn of Russia's Old Believers or a Twentieth-Century arrangement of a Ukrainian melody. These four opening pieces of Sacred Imaginations had a unity which belied a geographical footprint several times larger than Europe.

The Sacred Imaginations project was intended precisely to create musical connections between the furthest reaches of the Orthodox world. The unbroken two-hour programme used Russian, Greek, Syriac, Ethiopian, Aramaic, Serbian, and Indian texts in both traditional and newly-commissioned settings. Collaborators included pianist and singer Samuel Yirga ('one of the biggest rising stars in Ethiopian music'), oud player Haig Yadzdjian (an Armenian born in Syria who now lives in Athens), and clarinettist Manos Achanitotopolous (who 'teaches Byzantine music to Greek monks'). Tasked with introducing such an alphabet soup of contributors, the shy British guitarist Simon Mills made no excuses for choking on the odd syllable. At the microphone was his wife, the acclaimed British-Indian singer Susheela Raman; and, on hand-percussion, the young Turkish player Ismail Atlanbus.

Such disparate forces came together because, like the music on which they drew, the event's remit was sacred and shamanistic rather than academic. "It's very hard to explain this project," said Mills hesitantly; before introducing a composition based on the First-Century Syriac liturgy still used in the Marthoman church of Southern India. Yet accessibility was provided by some works being translated into English – including a Fourth-Century text of St Ephrem, performed to Sufic rhythms with the insistent presence of a mouth harp circling on a single note. In Leatos – which translates as 'Speak It' – powerful unison singing supplicated God to accept a departing soul. The urgency seemed to be a reminder that death and the afterlife were once powerful existential issues. As such, it was a jolt to realise that Leatos is actually a new composition.

The programme was full of such invitations to rethink – not least the mystical strain lost from our Western musical tradition. The medieval-Catalonian Livre Vermeil de Montserrat – recorded by Jordi Savall – is believed to have accompanied ecstatic dances by pilgrims arriving before the altar of the mountain-top monastery of Montserrat. La Cant de La Sibyl-la is a deeply mystical and unsettling work which survives from the same period. The counter-Reformation helped change that – forcing a new pedagogic role onto choral music. A turning point was Palestrina's Missa Papae Marcelli of 1567, in which the master polyphonist unpicked his increasingly complicated musical lines to make audible the underlying words of the Mass (thereby preventing choral polyphony from being banned entirely). A medium once dedicated to transcendence had been dragged into politics.

The Orthodox Church had the luxury of a more complete separation from such considerations. Its protection under the Byzantine Empire meant it never had to acquire the temporal responsibilities forced on Rome by the collapse of the Western Roman Empire. Even after the fall of Constantinople in 1453, Orthodoxy looked for its worldly survival to outside forces – making the case that the Sultan had now been ordained as its temporal overlord. To this day, the Ecumenical Patriarch of the Orthodox Church is based in Istanbul. When the Tsars of Russia laid claim to leading the 'new Byzantium', the Russian Church willingly submitted to their authority (as it still does under the current President). A more extreme case of worldly separation took place in 1941, when the monks of Mount Athos made an accomodation with the occupying Germans; in interests of continuing undisturbed their hesychastic life.

Such dualism results in a spiritual purity that has drawn generations of Westerners – most recently the composer John Tavener and Prince Charles (himself a regular visitor on Mount Athos). The story is told of a group of charismatic Protestant missionaries fervently setting off to 'convert the Orthodox' – only to return Orthodox themselves. It is a powerful reminder of what the Western Church has lost by turning its back on mysticism. Foremost is an existential honesty which seeks to reflect the lived experience of faith and monasticism instead of prescribing religious experience. Following the Judaic tradition itself, the Eastern Church is careful not to encircle 'God' with a positive definition. This circumspection is further rooted in a First Millennium of extraordinary theological fertility. Syncretic Christian cults such as Manichaeism sprung up in the desert, and the nature of the Trinity was debated the marketplace of Alexandria. Such openness was palpable at Sacred Imaginations.

Against this backdrop, the ongoing destruction of religious pluralism in the Middle East is doubly appalling. Earlier this year, General Bishop of the Coptic Church in the UK warned on the BBC that Christianity may have no future in the region. For a tree with such deep roots to stop bearing fruit would be a world-historical moment of untold importance. There was therefore an unspoken deep poignancy to the event. One of the main acts – Syrian Strings – could not get UK visas. If the West's diplomatic conflict with Russia turns military, the Russians too may join them in exile. With the Christian world fragmenting in this way, the cultural re-statement found in Sacred Imaginations is paramount. It cannot return too soon.

More information on Sacred Imaginations can be found at http://www.sacredimaginations.net/ 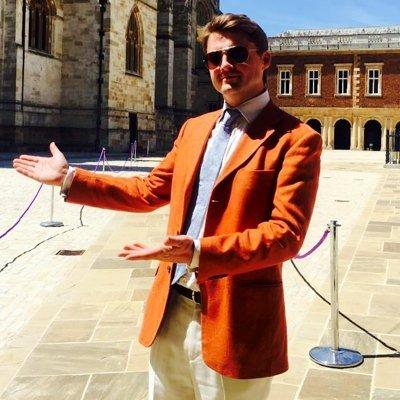